Joel Haertling prepares for his commute to his job at the Boulder Public Library on Tube to Work Day on Tuesday, June 25, 2013 in Boulder, Colo. Photo: The Daily Camera, Paul Aiken

Now within Boulder’s drive to be alternative to the rest of the world comes another, very interesting, level of, shall we call it, “a little friendly competition of consciousness” where we strive to out-alternative each other…

Jeff Kagan hurtles down the first rapid on Tube to Work Day on Tuesday June 25, 2013.
Photo by Paul Aiken

And I love it! 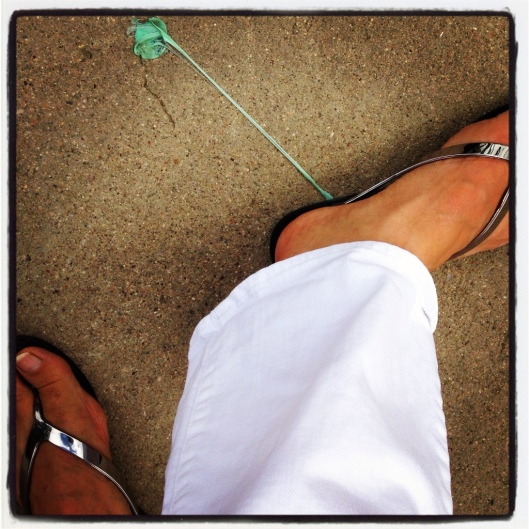 I’ve decided to take this as a good sign.

Yesterday evening I returned home from my hike on Sanitas to find this photo on the  Boulder Daily Camera’s online evening update. This very camera has probably captured my own mug a bazillion times. I like triggering the flash in the late evening. If only my coat was as fluffy and full. I guess it’s true, the camera really does add ten claws -wa wa waaaa! 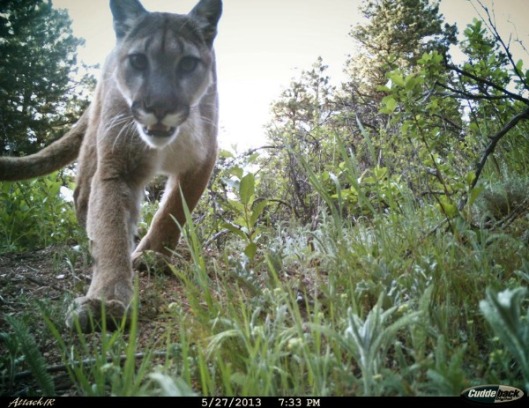 A photo of a mountain lion taken by a Boulder remote wildlife camera on Mount Sanitas. (City of Boulder)

Mt. Sanitas is a ten min walk from the house and a regular activity in my weekly routine. Twice during my history in Boulder I have learned that I was unknowingly in the presence of mountain lions while hiking on Sanitas (strange sentence structure but read it twice and I swear it will make sense). It’s a creepy feeling when someone comes down the path holding rocks and telling you to keep an eye out for a full grown male just spotted licking his chops. They can span 20′ in a single bound. No doubt I’m just as clobber-worthy as a young fawn or a Terrier on a leash… the second most popular snack in these parts.

No telling how many times I’ve been in close proximity to lions while on my daily routine around the house. In a typical Boulder year they’re spotted in and around town a handful of times; lounging on porches or resting in trees as they digest the latest outdoor pet. Once, when I was gardening late in the evening, I thought one was on the other side of the backyard fence. But when I moved to take a look whatever it was ran off in a large, padded foot, kind of way. I happen to be very familiar with the sounds of a skittish mule deer so the reasonable explanation was immediately ruled out and I figured it was time to call it a day.

Even though Boulder has seen its share of lion activity (via deer carcasses tucked under parked cars for safe keeping and attacks on pets and children-gulp!), I never wish the mountain lions gone. Their presence is a reminder of why we moved to Boulder in the first place. We love the Rocky Mountains and all that comes with the wild west. It’s a kooky place that enables us to live in the past, present and future without having to sacrifice our love of great restaurants and cheap matinees in the middle of the week.

While the wildlife camera was capturing the mountain lion at the top of the Sanitas Trail I was photo collaging the emerald shades along the Valley Trail – the portion of the hike I hit IMMEDIATELY AFTER climbing to the top…sorry for the caps but I just want to be sure you understand that this lion and I were within whiskers of each other.

The fact that I was Facebooking a collage of my evening on Sanitas (with cookies and milk) at the exact time the cameras were capturing the lion reminds me of a sweatshirt my father would wear on our Girl Scout trips when we were little. It had a cartoon alligator picking its teeth while the remains of a green uniform -little skirt, little beanie, little badges, little green knee socks- were scattered around. The caption read, “The cookies aren’t bad either.”

Hunt on Mr. Lion. And if our paths cross in an ugly sorta way I promise to understand. Please enjoy the cookies too. 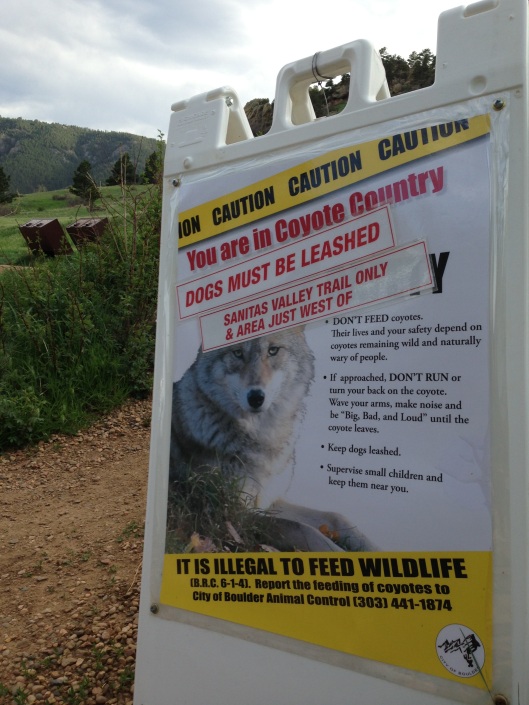